You are here: Home / public speaking 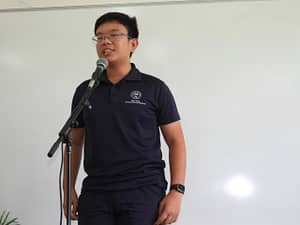 Nelson Mandela once said. ‘The youth of today will be the leaders of tomorrow,’ but what does this quote mean? It means that you, yes you, no matter how old you are, if you have any sort of disability or whether you are considered unworthy because of your gender or your race, you can still be the person people look up to.

And no, it does not just mean that go to the house of parliament and say ‘I want to be the Prime Minister.’ It means that you become the leader of change whether it is about pollution, climate change, poverty or something rarely talked about.

We need more young people today to drop their phones, stop scrolling through social media and focus on real world problems. Studies have even shown that only 70% of young people know what is going on in the world today. The generation that is meant to be leading our children are ever so slowly drifting away.

And you do not have to be the perfect leader people look up to, leaders can be imperfect and make mistakes because as Albert Einstein has said ‘Anyone who has never had a mistake, has never tried something new.’ When you are a leader, it is about being the best version of yourself.

But if you think that you cannot be a leader because of persecutions in your life, well do not worry, all of our leaders today, and the past, have been through such persecutions. And let us remember what one song writer once said,

Never gonna give you up
Never go let you
Never gonna ran around and desert you.

And even though this does not have any personal meaning it has a few words to learn. It is to never give up and desert our dreams of being a leader of tomorrow. Thank you for your time. 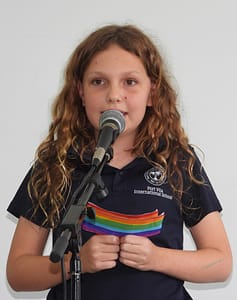