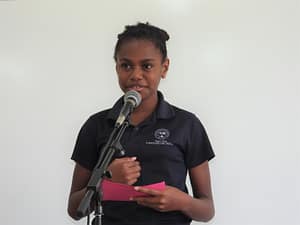 IT MUST STOP NOW

People are dying because of racism. George Floyd died. How did he die? He died because of racism. How you may ask? Well, George was accused of using a fake 20 dollar bill the shopkeeper took a look at him saw the 20 dollar bill and suspected that it was counterfeit. The shopkeeper stereotyped George and thought that he carried a lot more of them. So he called the police and as soon as the police arrived they took a look at him, listened to the shopkeeper’s explanation and because he was a black man buying a cigarette, of course, he was a thug who was using counter fit money to buy drugs.

Black people get stereotyped every day of being poor, thugs, or sometimes members of a gang and most of the time thieves. This is unfair and it has got to stop now! George Floyd died because of a racist cop, the cop laid his knee on Georges neck “I can’t breath” he said but the officer ignored him after 8mins and 45secs George Floyd became a victim of racism

In addition, I want to tell you that looks or wealth does not define someone so you can’t just look at someone and be like oh that person’s poor or is rich. NO, you cant look at someone and know their whole life or back round we’re not robots snap back to reality. Judging someone is wrong. People are getting judged daily. To you that may be funny or just part of life. But to the victim, it’s killing them. Mentally it’s making them depressed. You can’t judge someone because of the way they dress, their culture, or their skin color. It’s wrong and it has got to stop NOW.

That is why I think racism has got to stop NOW! Not later, not next week, or when you get the chance to care but NOW. And I know that I won’t be able to stop racism but all I’m asking for is that we all do our part and try to stop racism so that myself and the future generation can get a better and brighter future. A future where all people are treated equally and racism doesn’t exist.