PVIS is now a SACE International Centre with the endorsement to deliver the South Australian Certificate of Education (SACE) over a two year period (Year 11 & Year 12).

SACE International is an internationally recognised pre-university program administered by the SACE Board of South Australia.

Students who successfully complete SACE International are accredited with the South Australian Certificate of Education (SACE), an award that is recognised within the Australian Qualifications Framework (AQF). Students are provided with a university aggregate score (out of 90) and an Australian Tertiary Admission Rank (ATAR). The ATAR is a percentile ranking that is recognised without modification by all tertiary selection agencies in Australia and is used by universities around the world for entry selection purposes.

At the successful completion of Year 12 at PVIS, graduates will be awarded a SACE qualification that will allows entry directly into an undergraduate degree or course at a University throughout the world without having to complete foundation years.

SACE International is administered by the SACE Board of South Australia, an independent, statutory authority of the South Australian Government that is responsible for curriculum development and accreditation, assessment, reporting, and certification for the final years of secondary education using the Australian Curriculum.

SACE International graduates are eligible for an Australian Tertiary Entrance Rank (ATAR), an internationally recognised University-entrance requirement have entered prestigious universities around the world, including:

Further Information on SACE can be found at www.sace.sa.edu.au or visit sace-international.edu.au 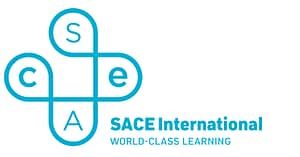 We are pleased to be able to offer a range of subjects via Open Access College (OAC) via:

Please note that as subjects offered through OAC will be studied via distance, additional costs will be incurred. Families will be invoiced by the school.

If you are interested in enrolling your child at PVIS, would like to talk to someone, or would simply like to find out more about our school, click on the button below to find out how.