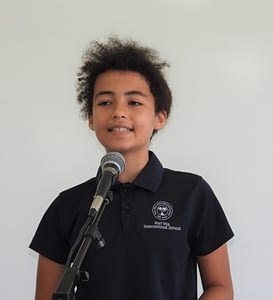 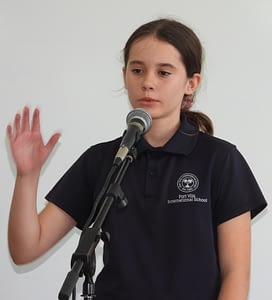 This is Your Last Chance

You don’t seem to understand what a huge problem this is! Sea animals are dying! Mountains of coral are dying! We need to act now before there is nothing we can do. Stop waiting for our ocean to die and do something! For a start recycle rubbish, don’t step on coral reefs, right now all the little stuff matters.

Don’t say “there is barely any plastic in the ocean”. That is a lie and you know it! Get out of your perfect little fairy tale! Without marine life, there would be no more coral. Without coral, shorelines would be vulnerable to rising sea levels and would push people on beaches or close to beaches out of their homes, so 200 million people would be homeless. It would cause even more changes in the weather. Could you even imagine an ocean without fish? A dead ocean? An ocean without purpose? An empty cause? Are you truly that cruel?

According to WWF (World Wildlife Fund) studies, the average human eats 2,000 microplastics weekly. There are 5.25 trillion pieces of microplastic in the ocean, so it is very likely that every fish we eat has microplastic in them. As we know, oceans are an important food source and these microplastics are affecting not just fish, but humans too and have been linked to a variety of health problems, including organ problems and child development problems! Throwing plastic in the ocean is harming everyone! Children, adults, marine life! Just stop! Look at the huge mess we are making!

Our generation can’t fix all of your mistakes. Some are undoable. If we don’t do something now, there is no person, miracle or generation that can fix this! Don’t come to me, when your grandchildren ask, why turtles are extinct.

This is your last chance!

Don’t mess it up!

Would you like to be treated differently than others? Gender equality is a major goal that we need to achieve by 2030. All women around the globe are stuck in homes struggling. Especially during the pandemic. For example, women and young girls deserve the right to be happy, get an education and do anything they wish. Gender equality must spread all around the world.

Firstly, violence against women is serious and will stop. Research shows women and girls receive worse medical care than men. Therefore they aren’t taken seriously by medical professionals. Gender equality prevents violence against women and is a human right. It’s essential for prosperity. Women get threatened, abused and mistreated day by day and gender stops that. Societies that value men and women as equal are safer and healthier.

Secondly, girls deserve education not only for their good but for our future. When women receive the same education and job opportunities, as men they can improve any organisation they join. For example, women’s impact doesn’t stop individual companies and organizations, it makes it more useful. A girls education activist Malala Yousafzai said “Education is not a privilege, education is a right, education is peace”. If girls get an education, it will help communities, companies, and organisations.

Thirdly, increasing women’s legal rights keeps them safe and able to build happy, productive lives. Data shows 75% of parliament are men. 73% of managers are men. 67% in climate are also men. Lastly, 87% of the peace table are men. However, globally women have fewer opportunities for economic participation than men. This means they have less access to basic and higher education, greater health, safety risks, and political representations. Women and girls have the right to talk, speak up for themselves, sing, dance and play.

In conclusion, we must support gender equality. When women are equal in society, their health will impact positively. Men and women must have equal rights and opportunities. It is the political, economic and social equality of the genders. Women and girls represent half of the world’s population and therefore also half of its potential. Gender equality, besides being a fundamental human right, is essential to achieve peaceful societies, with full human potential and sustainable development. With everybody’s help, it will change the future.

IT MUST STOP NOW

People are dying because of racism. George Floyd died. How did he die? He died because of racism. How you may ask? Well, George was accused of using a fake 20 dollar bill the shopkeeper took a look at him saw the 20 dollar bill and suspected that it was counterfeit. The shopkeeper stereotyped George and thought that he carried a lot more of them. So he called the police and as soon as the police arrived they took a look at him, listened to the shopkeeper’s explanation and because he was a black man buying a cigarette, of course, he was a thug who was using counter fit money to buy drugs.

Black people get stereotyped every day of being poor, thugs, or sometimes members of a gang and most of the time thieves. This is unfair and it has got to stop now! George Floyd died because of a racist cop, the cop laid his knee on Georges neck “I can’t breath” he said but the officer ignored him after 8mins and 45secs George Floyd became a victim of racism

In addition, I want to tell you that looks or wealth does not define someone so you can’t just look at someone and be like oh that person’s poor or is rich. NO, you cant look at someone and know their whole life or back round we’re not robots snap back to reality. Judging someone is wrong. People are getting judged daily. To you that may be funny or just part of life. But to the victim, it’s killing them. Mentally it’s making them depressed. You can’t judge someone because of the way they dress, their culture, or their skin color. It’s wrong and it has got to stop NOW.

That is why I think racism has got to stop NOW! Not later, not next week, or when you get the chance to care but NOW. And I know that I won’t be able to stop racism but all I’m asking for is that we all do our part and try to stop racism so that myself and the future generation can get a better and brighter future. A future where all people are treated equally and racism doesn’t exist.